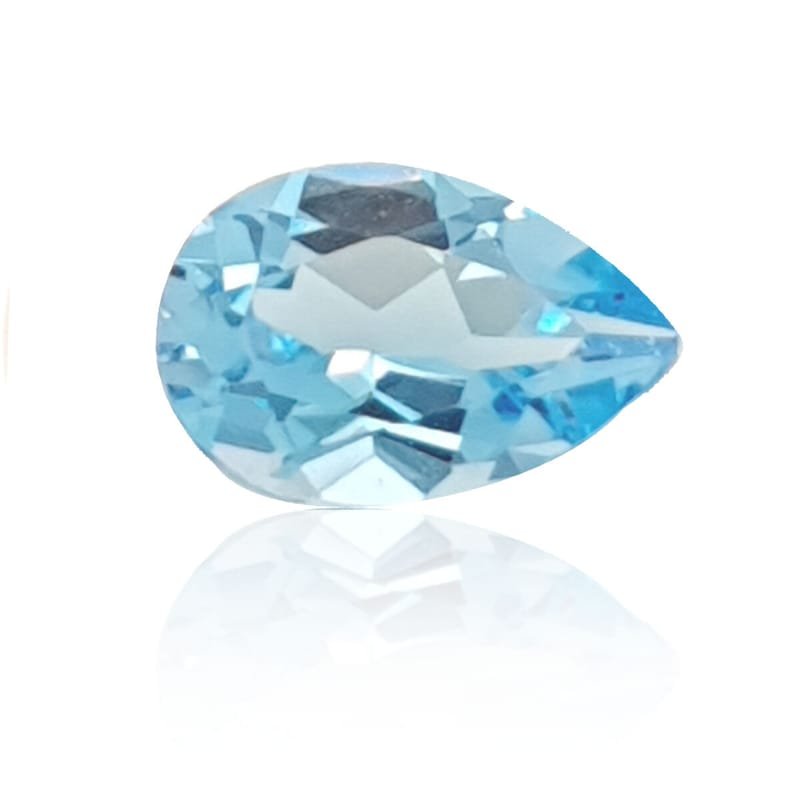 The perfect gift for anyone born during November, Topaz can be worn by anyone, Blue Topaz are especially suited to those with a cool skin tone, dark blonde, brown and black hair and blue eyes.

Topaz can be found in a wide range of colours, the most popular being Blue Topaz, it also comes in Yellow, Pink, Red and Green.  Orange-Red and Pink are the rarest and most valuable.

The Name Topaz is derived from a Greek word meaning 'to shine' or from the Sanskrit word 'Tapas' meaning 'Fire'.

Ancient Greeks believed Topaz to give them strength.

Topaz is believed to bring wisdom, courage and sincerity, give strength and restore tempers.  Said to be the most healing of gemstones, Topaz is thought to cure asthma, relieve insomnia, aid digestion, release tension and ward off sudden death.  It was also believed that Topaz would make the wearer invisible in an emergency.

The largest example of a flawless Blue Topaz is the Astro Stone which was discovered in 1986 by British explorer Max Ostro in Minas Gerais, Brazil, it is 15cm long and 10.5cm wide, weighs around 2kg and is a whopping 9,381 carats.  It is currently on permanent loan to the Natural History Museum in London.

1. Whenever possible put your Topaz jewellery on after applying any lotions, perfumes or sprays and remove when doing the dishes or other tough jobs such as gardening.

2. Clean your Topaz jewellery using shop bought jewellery cleaner or with mild soap and warm water, scrub gently with a soft toothbrush, rinse in warm water and dry using a soft cloth, a sonic cleaner can also be used.